The image above shows detail of the interacting portion of two colliding galaxies: NGC 4038 and NGC 4039, otherwise known as the Antenna Galaxies. This is an extract of an image taken by the Hubble Space Telescope. 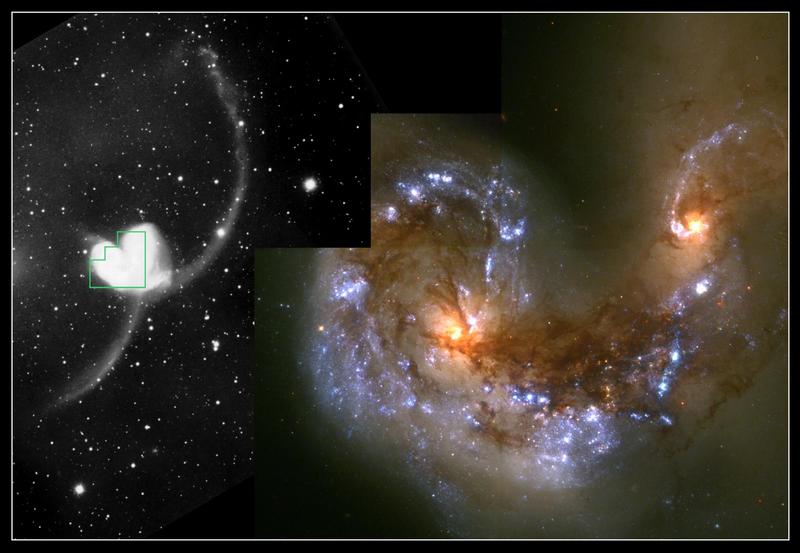 The Antenna Galaxies get their name from their appearance in optical images taken from the ground. Visible on the left of image to the right (click for larger version) are two streams of stars that have been thrown out by gravitational interaction between the galaxies. From studies of the dynamics of the stars in these galaxies we believe that they started to interact something like 200-300 million years ago. The tails are the result of this initial interaction. The remnants of the original galaxy core regions are the two bright orange hued regions in the right hand pane of this image. 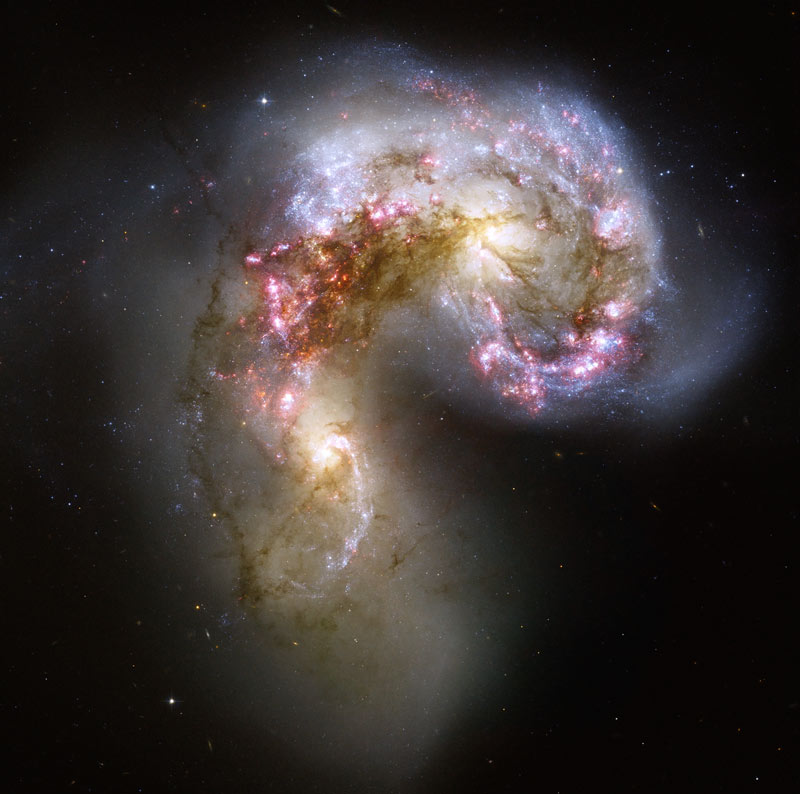 Despite the typical galaxy containing a billion or more stars it is very unlikely that the stars themselves would collide with each other: the average distance between stars being too large. The two galaxies interact with each other through gravitation resulting in disruption to established stellar motions. In the dense core regions of typical galaxies are large amounts of free gas and dust which will merge in the even of collision. Large brown lanes of dust, obscuring the light from the stars behind, are clearly visible around the image centre and running down the arm to the bottom of the image. In regions where the gas and dust reach high enough density we would expect to see a local peak in star formation. In the image to the left (click for large version) these star formation regions are numerous and appear as bluish clusters of hot, new stars surrounded by ionised hydrogen gas (pink glow).

I chose this image because it demonstrates the dynamics of galactic interaction and of star formation. It also gives a glimpse of the fate of our own galaxy should it ultimately it collide with the relatively nearby Andromeda Galaxy in a few billion years or so.