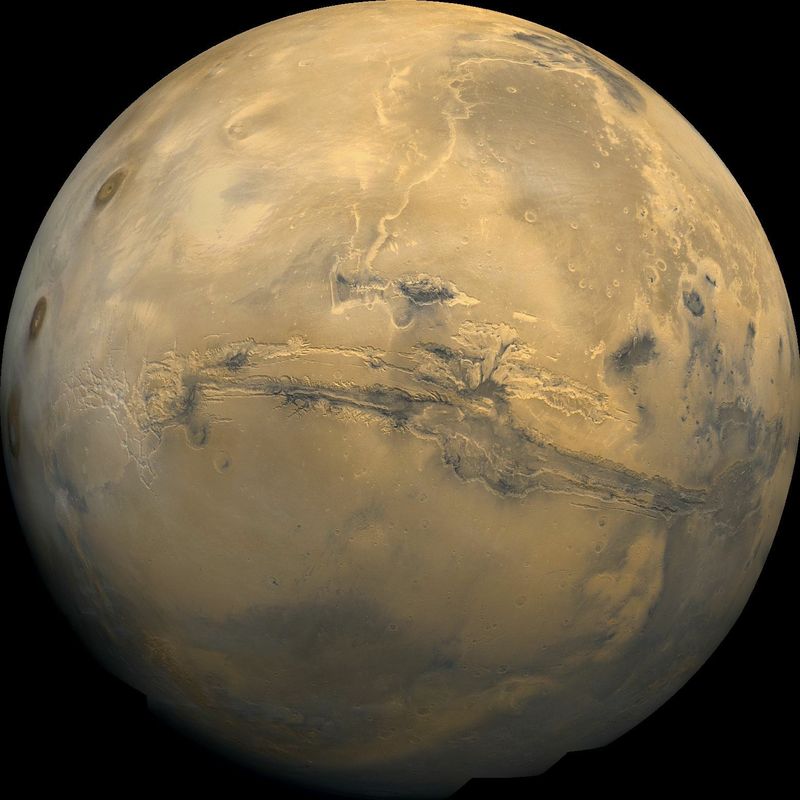 The two Viking Mars missions each consisted of a lander and an orbiter. Using 102 images taken by the orbiters Jody Swann, Tammy Becker, and Alfred McEwen used the PICS(Planetary Image Cartography System) image processing system developed at the U.S. Geological Survey to produce this mosaic image. The mosaic images were reprojected and stitched together to give the effect of a global view from 2500 km altitude. The entire Valles Marineris system is visible. Also visible are three volcanoes, dark red spots on the west (left) edge, in the Tharsis region. These volcanoes also dwarf their terrestrial counterparts, rising about 25 kilometres above their surrounds.

You can take a video tour of the canyons at Google Video here. Other versions for download can be had here. Google Mars also provides views here.