When Stars Blink Out

It is 20 April in the Canberra region. The autumn evening temperature is rapidly dropping toward what will be the lowest temperature of April: 3.6 deg. Celsius. Despite the conditions, five amateur astronomers are setting up across the region to watch the rather nondescript star HIP 59807 in the constellation Corvus for a quarter hour or so. They hope to catch an event a few seconds long. What is this event and why would anyone do this?

We all know that stars twinkle, their brightness varies a little as the atmosphere disturbs our view. There are, however, occasions when a star will completely disappear and reappear a few seconds later. These events are called occultations although a related term might be more familiar; eclipse. 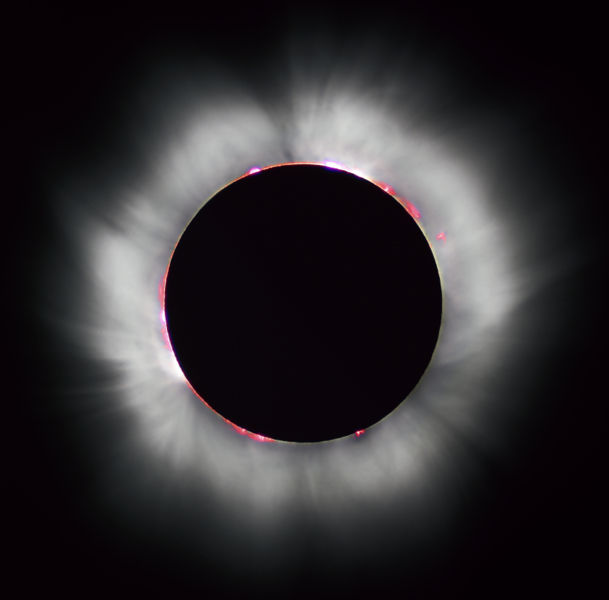 Astronomical occultations occur when an object passes in front of of another completely obscuring it from view. For example, a total solar eclipse is the occultation of the Sun by our Moon. The occulting body might be the Moon, a planet or one of its moons, or an asteroid or other minor body. In the case of our Moon, it is happy coincidence that its size almost perfectly matches the Sun's size when viewed from their respective distances. This allows the 3,474 kilometre diameter Moon to completely blot out the 1,392,000 kilometre diameter Sun's glare allowing the faint corona to shine through.

Far less obvious occultations occur from time to time when an asteroid in the solar system's asteroid belt passes between us and the light from a distant star. Stars are tiny points of light in the night sky, so we cannot expect to see things like the corona and other effects we see during solar eclipses. The best we can hope for is that the star will temporarily disappear from view, or significantly dim, while the asteroid passes in front. On 20 April this occurred when asteroid 324 Bamberga occulted HIP 59807. Prior to the event, predictions had been made using the known, fixed (almost, but that's another post) position of the star and the known orbit of the asteroid. These calculations allow plotting of the predicted path of the 'shadow' over the surface of the Earth with known degree of confidence.

Amateur astronomers like these events because it allows them to measure the asteroid's size and get an idea of its shape. If you measure the time that the star is blotted out you can calculate the diameter of the asteroid. By spreading out across the expected path of the occultation each observer gets a slightly different line of sight and slice through the asteroid's body. Combining the measurements allows a shape to be derived. For this event five Canberra area observers saw the star disappear, and two in New Zealand did not see the event. Dave Gault's video of the event can be seen on YouTube. Assuming a roughly elliptical shape, this occultation gave 216.2 by 229.4 km as the best-fit dimensions for Bamberga. Even failing to see the star disappear is useful; if the observer's point of view passes just outside the body of the asteroid. Such observations can be used to better refine orbital information and put an upper bound on the object dimension.

Occultations are one area where amateurs can add useful data to the scientific pool. Science you can be involved in is always of interest to me.

The HIP 59807 designation comes from the catalogue constructed by the Hipparcos mission. The two plots used here were shamelessly lifted from: