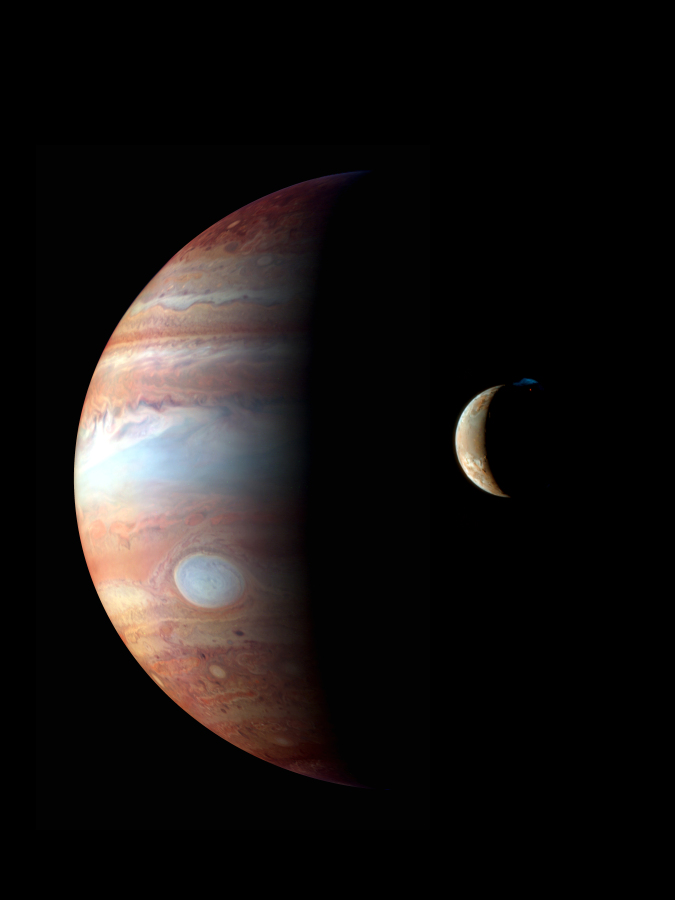 A short while ago I posted images taken of the Tvashtar volcano on Io. The images were snapped by the New Horizons mission to the dwarf planet Pluto. Some months have passed since those images were taken, and the mission's imaging team has had time to assemble some of the 700 observations the probe made as it whizzed past Jupiter into a montage of the whole planet and its moon Io (click to enlarge). The image is quite impressive, even more so on the very large version available at the NASA JPL web site.

Editor's note: The image and description available in 2007 is no longer available. a new link with the image, but not the detailed description referred to below, has been substituted.

Needless to say, the image is not a simple happy snap of the planet and its moon. The NASA site carries a description of how the image was composed but it also carries quite a bit of jargon that I'll try to decode here. 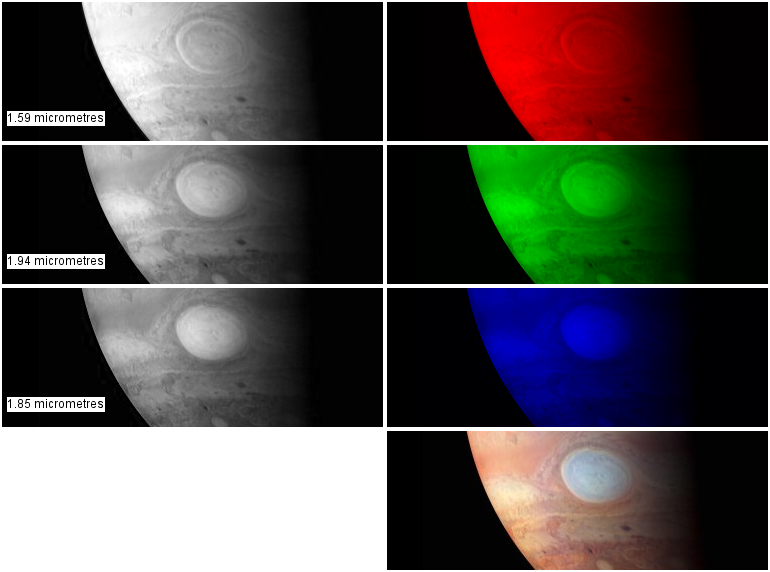 The camera responsible for the image, called LEISA, is sensitive to infrared light: the sort of light emitted by your TV remote. Light is characterised by its wavelength, with infrared light having a slightly longer wavelength than the nearby visible red light. The warmer an object is, the shorter the wavelength of the bulk of light it emits... if it is warm enough it glows visibly red, yellow, blue... think stars. While Jupiter's atmosphere is not hot enough to emit much infrared light just because of its temperature it does reflect a lot of sunlight. Different gases reflect/absorb light at particular wavelengths and this can give away the atmospheric composition. By taking images in light of a range of wavelengths (1.59, 1.94, 1.85 micrometres) the camera is effectively taking images of gas of certain compositions, temperatures and, by inference, depths in the atmosphere. Using comparative information such as these images a great deal can be learnt about the object. The three images above show an approximate reproduction of the original images around the Great Red Spot (GRS). The imaging team shaded the images red, green, and blue and merged them to form the image of Jupiter.

The overlaid image of Io was constructed using a monochrome (black and white) optical photograph taken with the Long-Range Reconnaissance Imager (LORRI) camera. Using images from another camera, sensitive to bluish light typical of methane, an artificial colouring has been applied. Once more Tvashtar is billowing, and lava is flowing on the surface. 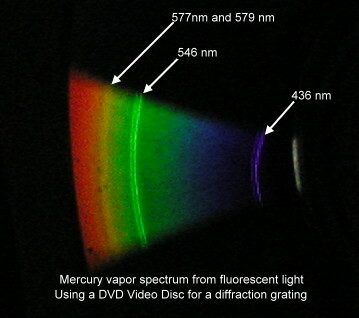 You can experiment with splitting light with a spectroscope by following the links from my previous Science Projects in a Small World post. The LEISA camera is tuned to pick up light from one narrow section of a full spectrum, similar to targeting the prominent lines in the image to the left.